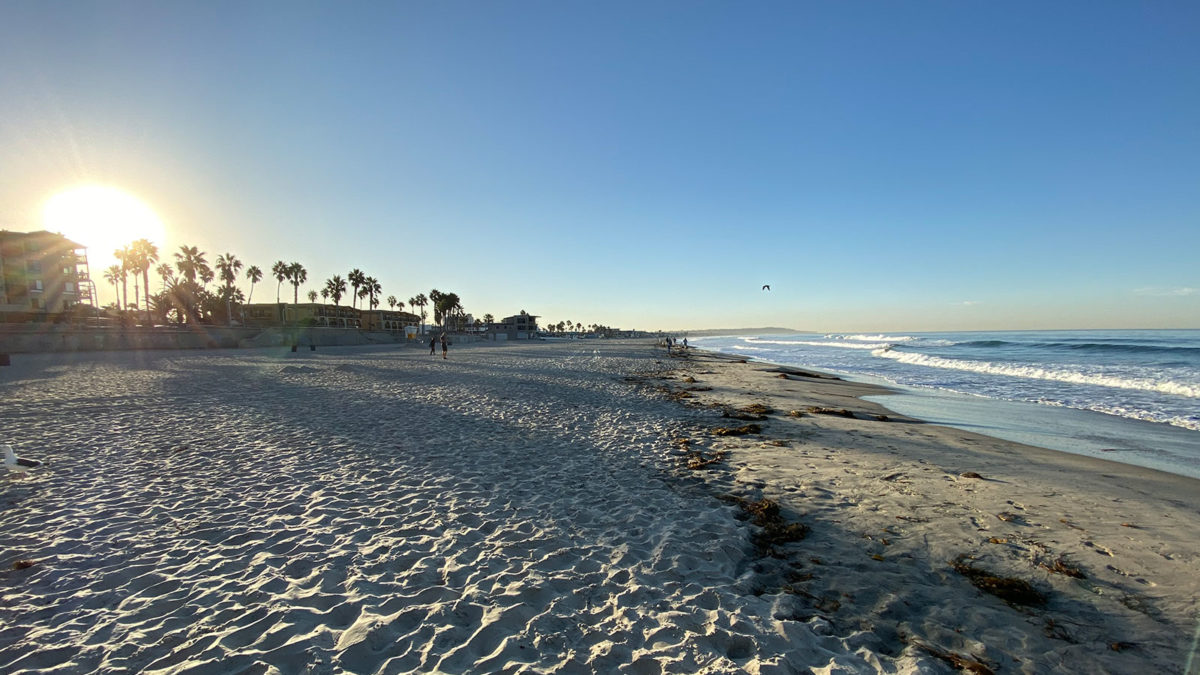 I recently had the privilege of attending the 7th Front Row Dad’s Retreat in San Diego. This event was truly something special.

For starters, let me explain who this is for.

Front Row Dads is a brotherhood for family men with businesses, not business men with families. Every guy in the group is already successful in their professional career. They’ve joined the brotherhood because they acknowledge that they can be better family men.

You can think of it as an ongoing mastermind for guys who want to work on being better fathers and husbands. This is a group for high achievers who are humble enough to know they still have plenty to learn, especially at home.

Now back to the retreat.

The retreat is an in-person event limited to 40 members of the brotherhood. It’s put on and hosted by Jon Vroman, the founder, and his leadership team (Nick and Kelly). It’s extremely high touch with intentional agenda, topics and group-focused activities. Front Row Dads hosts 2 retreats per year, and this one happened to be hosted in San Diego, California. Not too shabby of a location in late October 😉 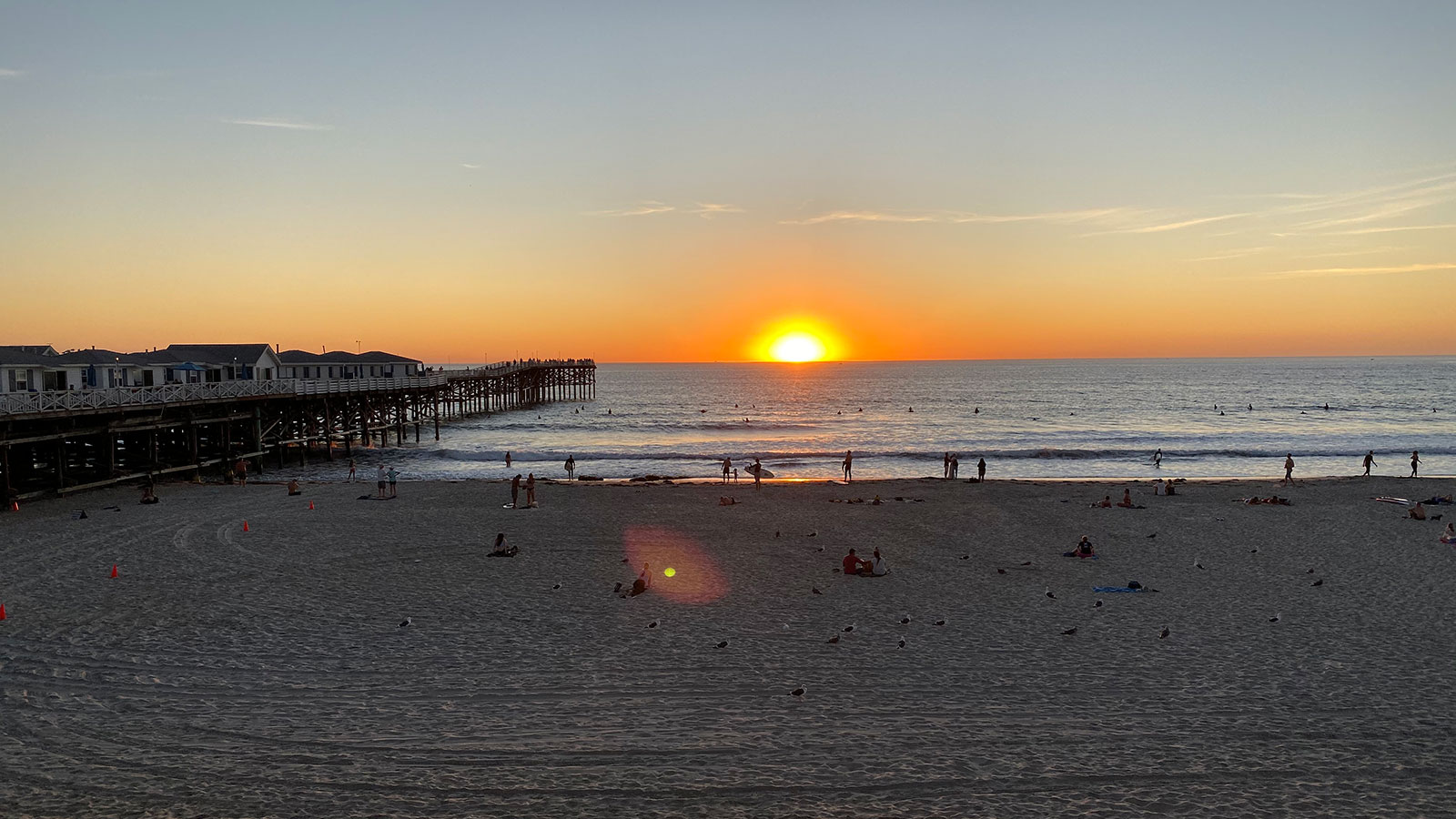 The hotel we stayed at was right on the coast, offering immediate access to the ocean and Mission beach. More importantly, it created the perfect setting to clear your mind and dive into collaboration with other fathers. Jon was very intentional about choosing this location, which showed the second you arrived. The beach front access came in super useful when we broke out for micro-sessions, and in my case, took morning runs on the coastline!

The retreat format provided the perfect balance of focused dad work and fun / free-time. I can’t spill all the details, but some of the highlights included:

We also had a killer “Man-ual” to record notes and thoughts captured at any time during the event. Needless to say, my notes were full by day 3 with enough content to last the next 12 months. 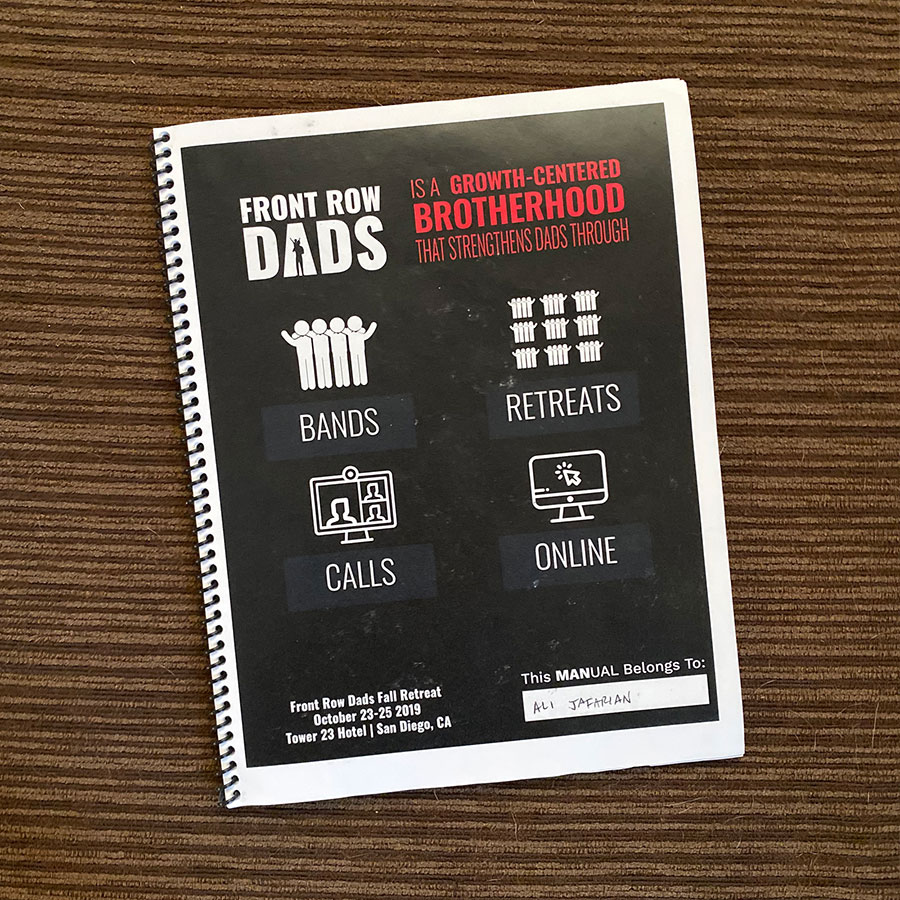 This event was an experience unlike anything I’ve encountered. I knew going in that it would be great, merely from other FRD testimonials, but I didn’t understand that until I was right in the heart of it.

For starters, the first thing that stuck out [immediately] was how welcoming the group was. As a first-timer and new member to the brotherhood, I knew virtually nobody going into this (minus Nick back here in Denver). So there were some natural nerves at play. Normally you attend a new event for the first time and there’s always a sense of isolation and/or awkwardness as the “new guy.” We’ve all been there…

However, any nerves I had were shattered the second I got out of my Uber and walked into the hotel. Literally 3 brothers greeted me and introduced themselves while waiting to check-in. This warm reception flowed through the entire event until the very last lunch before I headed home. You could dive in or out of any conversation as if you knew these guys for a lifetime. There were a few times where I felt like I was catching up with old college buddies. All in all, I’ve never met a group of guys who were so welcoming to newcomers, and I’ll never forget that kindness.

As it relates to the warm welcome, the true value of this event was the people.

This was no ordinary group of men. Everyone there has proven professional success, as I mentioned. And not just mild success. I can tell you first-hand that I was intimidated by the caliber of men in terms of business achievement, from best-selling authors to globe-trotting real estate moguls.

However, the best part – I don’t even know what 90% of them do professionally! In some ways the FRD retreat is kinda like Fight Club.

The first rule of FRD = don’t talk about business unless it relates to something you’re struggling with at home.

I love this concept. It actually made for a nice little challenge to NOT ask guys what they did for a living, but instead, ask them how life as a father/husband was going.

And that’s exactly why this event was so special.

We all gathered to forget about business entirely for 3 days and focus on family. The level of candor and vulnerability was unlike anything I’ve ever witnessed. From intense laughter to sharp tears, the sense of raw emotion was present from start to finish. I remember thinking several times, “Wow. That’s the exact kind of challenge I have back home.” This level of camaraderie made it easy to open up and let your guard down for another brother to jump in and offer insight. Which leads to my last point – the takeaways.

The Front Row Dads retreat isn’t like a typical business event where you leave with a few business cards and potential deals in the pipeline. In fact, it’s quite the opposite. You leave with new relationships and actionable items you can implement as soon as you get home. Some things are small bites of wisdom picked up in conversation, while others are tactical strategies found through deep conversation with a brother.

One of our last activities was actually preparing a list of action items and then reviewing them with our core group. This not only gave me something to work on when I got home, but it gave me direct accountability to the men I shared my list with. If you know anything about goals and progress you know how powerful true accountability is. As I finish typing this post I’ve already had 2 brothers reach out via text message to see if I’ve done what I said I would.

And now that I’m back, things are in motion. Gabrielle and I have already discussed new ideas and changes to start working into our family routine. Some things are simple that we can immediately execute, and others will be long-term initiatives that help us create game-changing family effects.

For example, here are some of the things already in motion at the Jafarian house:

These are just a few examples. I can’t share some of the “super dad” stuff… for that, you’ll have to find your way to a retreat! But regardless, action is taking place. That’s the power of a Front Row Dads retreat.

If this seems like something you might dig or seek to learn more about I would encourage you to check out the Front Row Dads podcast. That’s where I started my journey and what led to finding myself attending a retreat 6 months later.

Enrollment for Front Row Dads membership is OPEN at the time of this post being published! Go check it out to see if it speaks to you.