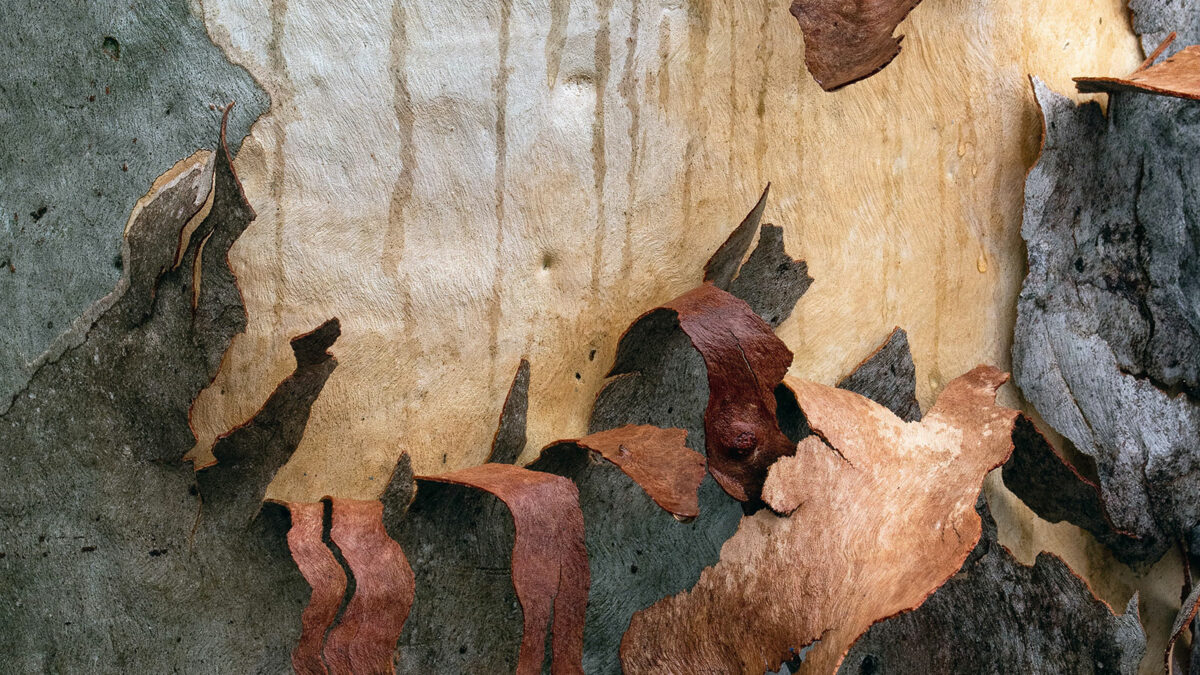 I had breakfast with a good friend recently and the topic of identity came up.  We are both on a journey of hacking away previous false identities.  This involves relieving ourselves of roles and responsibilities that we inherited at some point in our past.

This is not an easy topic to write about.  In fact, it’s one of those scary self-actualization type topics that the mind can play tricks around.  There is also a lot of deep rooted psychology that keeps us trapped in identity, and therefore, makes it incredibly hard to break out of.

The origin of Identify

Most of us carry around identities to help define ourselves.  For example:

This makes it easy for the external world to identify us.  This also makes it easier for our mind to internally identify with things.  What we want, what we stand for, what we believe, how we see the world, and so on.  Identity is a powerful construct.  It creates an entity that our mind can accept and establish attachment to.  It’s so powerful that we even use it to motivate and inspire self-transformation.

Many goal based outcomes can be achieved by a creation or shift in identity.  I want to achieve __________ so I’ll identify with being __________. This is a proven strategy.  You see it everywhere from weight loss to making money.  It’s an effective way to influence and change your habits.

And for many of us, this works.  We float through life taking on and shifting different identities.  Or, some of us keep the same identities and never really change them.  That’s just “who we are,” as they say.  This is certainly a way to live.  In fact, it’s how most of us live whether we realize it or not.

However, there is a cost to this way of living through identities…

You will lose a part of your freedom.

Because assuming an identity is being attached to it.

Your mind will dictate your thoughts, emotions and actions around this identity.  In addition, the external world will put pressure on you to demonstrate and honor this identity.  And the deeper you get into an identity the harder it becomes to be free of it.  Society wants you to play this role and it will do everything to guilt you into playing it.  Your mind will do the same.

Now this attachment might be okay for identities you’ve chosen or shifted into for intentional reasons.  That’s a good use case for leveraging the power of identity.

However, we get into trouble when we become attached to false identities.  These are identities that we may not have chosen, or identities that no longer serve us.  They can end up creating lots of confusion, pain and long-term suffering.  This generally correlates with feeling “stuck” or trapped.

But how do you know if you’re in this false identity trap?

You can feel it.  You feel the discomfort in your heart, your gut, and perhaps even your bones.

You feel into it and really let those feelings through instead of suppressing them, which is what the mind will trick you into doing.  The mind is so strong.  It can be a powerful tool to keep you trapped in identity.  It will convince you by analysis, debate and deep fear.

Your heart, however, will usually lead you to where you truly want to go.  Your heart is more instinctive in this sense.

This is the design of nature.  Other species don’t fall into this kind of trap or turmoil.  They simply survive and follow their instincts.  Humans are unique in the sense that we’re heavily influenced by our minds.  Again, our minds have the power to control most of our life, or how we experience life.

The reason my friend and I have chosen to remove previous false identities is simple – we’re seeking freedom. Freedom from attachment to what the identity costs and requires.  If the identity goes away so does the pressure and commitment to serve it.  No more time or energy needed to play the role.  No more mind games.  Just freedom.

Once you “wake up” you realize that you no longer want the attachment.  It’s quite liberating.

However, removing identity is also scary.  There will likely be uncertainty and suffering as part of the process.  You must experience that discomfort to undo what you’ve created.  It’s like being reborn in a way.  And society can make it hard for you.  They may question your motives, offer excuses, and make it hard to accept your decision.

Because your actions threaten their approval and validation.  It challenges what they thought they knew. What they considered normal and safe.  It creates uncertainty around something that seemed so clear.  Something they may have also had an attachment to.  So naturally, they will be resistant.

Let me give you an example –

A boy spends his entire life studying and achieving top academic honors. He was driven by academic parents and an environment where it was applauded to be smart.  There was no true choice by the boy here but rather an assumption to be great in others’ eyes.  So he follows this “high achieving” identity for years and ends up being naturally more intelligent than other humans.  It leads him into top schools, good paying jobs, and eventually the adult life that the rest of his friends and family admire.  He made it from their perspective!  He’s living the identity they wanted for him.

Theoretically, this boy could take on any identity that society considers prestigious or accomplished.  For example:

These are the types of identities that make parents proud.  Way to go!  He’s proven that he can play and win the status games to be considered a smarter human than most.  He’s passed all the bullshit games that society has put in place to prove such a point.  He’s a success to his parents, his peers, and everyone else who wanted this identity for him.

Sure… for everyone… but the boy.

Because deep down this boy is miserable.

He doesn’t enjoy his job or really care about the work that he does.  He can feel it in his gut every single day.  He’s going through the motions, watching the clock, waiting for freedom at 5pm.  The best part of his day is lunch where he gets to zone out to his favorite Spotify playlist.

Deep down he really just wants to create art (or insert other passion here).  He loves it.  It lights him up and he gets lost in it for hours.  He paints every evening as soon as he gets home from work.  He day dreams about his next masterpiece while doing his day job.  He’s even been told before that, “You should consider being an artist… you’re so good!”

If this boy follows his heart he will create art.  He will get so lost in it that he loses track of time.  He is truly experiencing life when he paints, and possibly making his greatest contributions to the world.  He will be free.

However, society will tell him otherwise.  This is what they’ll tell him:

This is where we see the fear based judgements of approval and validation.

Society will scare and guilt him into thinking he needs his accomplished job.  They can’t fathom him losing that previous identity.  That’s what they know him for and they make sure he’s acutely aware of it by praising him.  They discourage the thought of him losing that identity.  They won’t accept it.  Their own agenda is pushed so strongly onto him that he inherits the burden of fulfilling their desires.

And so the man stays locked into identity that society created for him.  He will never be free.  Unless of course, he does some soul searching to figure out what he really wants out of life years later…

How fucked up is that??

It’s fucked up enough that it happens all day long, all over the world, in most households.  Parents push their belief systems and agendas onto their children.  Society pushes it’s programming into communities.  And people inherit false identities as they pass through life.

Very few of us make a conscious choice to which identities we want to own and really live through.

That may seem like an extreme example, but it’s the story for most humans who accept a career they don’t love.  It reveals how easy it is for children to assume false identities without any true choice, but rather heavy societal influence.  And some people never “wake up” from this until they retire.  Until it’s too late.

There is good news in this message! We all have the opportunity to recognize and choose our identities. We don’t have to assume these false identities. You can wake up right now if you choose to do so.

The trap of false identities is not exclusively related to our profession, either.  We carry a variety of identities around with us that help define who we think we are, or to satisfy what society expects of us. So don’t limit this to your career or profession.

And to be clear – identities aren’t always pushed on to us by external forces.  We tend to choose new identities by internal desires.  As I mentioned before, this can be a powerful strategy to initiate change in our life.

The key is recognizing which identities are false versus the identities that are true to who we are.  True to what we’ve chosen.

I’ll leave you with 2 questions to ask yourself:

1) “What identities am I carrying that I’ve chosen? Which ones are true to me?”

2) “What identities might I be pushing onto my children, family and friends? And why?”

That’s a radical concept that I intend to explore. 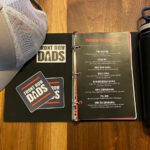 2021 was an amazing year as a Front Row Dad.  Our community continues to grow and evolve in new ways. As we we start the year I thought this would… 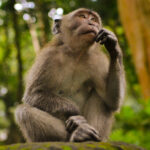 The Stories We Tell Ourselves

Have you ever had a situation where someone completely misunderstood or misinterpreted something you said? Yeah, me too.  It happens ALL the time to just about everyone. However, I’m fortunate… 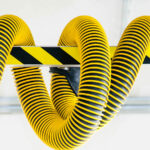 Above or Below the Line

This is a conscious leadership concept that was taught to me by the Conscious Leadership Group.  It’s a powerful and simple tool for self-awareness. This concept helps us identify and…

© 2022 Ali Jafarian. This is my content, clearly. Please use it for inspiration.